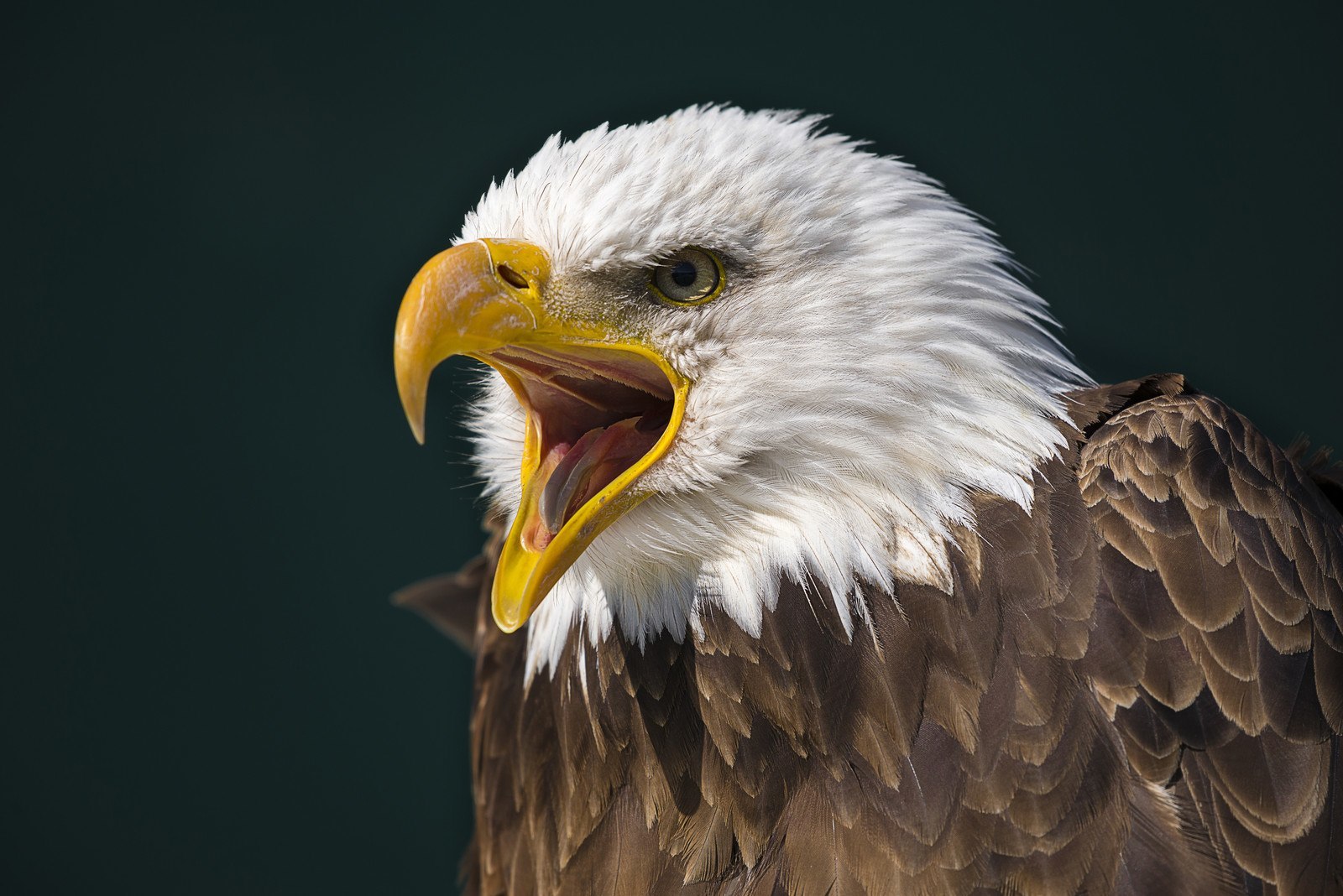 OCTOBER 24TH
I had a dream Friday night and someone was speaking to me about October 24th. Since then of course, I am receiving greater revelation of the message, but still not sure exactly how it relates to TODAY. My interns and I have a monthly “Sunday School Class”, (I know you’re seeing the pun in that.) which is a conference call to debrief previous events. Last Sunday was a very interesting call. The Spirit of Intercession took over the call to declare several (positive) things over our nation, our President and the Stock Market. I say positive because I need to qualify that NIT is not a ministry or school that commits spiritual witchcraft. We desire to release the heart of Creator in all things.

We declared protection over our President and his family. We declared a shift and wealth in our Stock Market and health and true destiny to our country. I’m not going into all the details, because that is not my subject. The day seemed to be very much on Creator’s heart, but maybe not just for the sake of the day as much as for a message to His listening body? I posted a request on the school site for the interns to input whatever they heard. Some very interesting things have been coming up. The whole conversation about the “eagles coming to the NW” keeps coming up in response to the word released on Elijah’s List by Johnny Enlow. It all seems connected as well, to the 2005 “50 State Tour” that Dutch Sheets and Chuck Pierce did.

Nor’west Prophetic posted yesterday about the Elijah List word and I referenced Tim Taylor’s word (2007) about the eagles landing in the NW, which I think maybe Chuck Pierce and Dutch Sheets also released. There is a lot of information and pieces to all this, which I will not try to share, but will give you what NIT is giving. I just love the way the Father speaks to us all, confirming, yet giving each a piece of His message. The NIT group has had some interesting dreams with Longhorn Steers in them. The Longhorn Bull often represents the Stock Market. In one, the steer was being butchered, cut up for distribution. I dreamed the other night that I was riding a Longhorn Steer through marsh land, which I called the Agricultural Area of Dallas, TX. I was riding along the Trinity River in South Dallas, which was the area where Dallas was birthed.

XXXXX I should mention that there isn’t much going on with the land around the Trinity River in Dallas. There have been plans for years to make it a retail river walk, which I think may still be in the works. However, I do believe at some point, some of that land was used for farming. Could it be that the steer that I was riding represents the agricultural wealth of the nation following The Trinity, and that the land has become stagnant marshland not fit for farming any longer?

I wonder if this relates to the government control of our food products and of putting pressure on the farming communities to use unhealthy chemicals and pesticides or be “shut down”? In our beginning, we were created to work the land and to flourish from our labors, but that right is under debate as are many of our natural abilities and resources. Declare over the land and the influence over it, that it will again flourish with healthy harvests and lucrative product. Don’t focus on the hand of the government. The government IS NOT and WILL NOT be your true source of life. XXXXX

The Dream “Cutting Up Steer”
I was watching and listening to a man who was cutting up a steer—-for beef—but the animal was alive, quietly standing in a (barnyard), loosely tied to a post. The man began with a huge knife, in a sawing motion near the steer’s back end, and continued, making thick slices from back to front, but there was no blood, just slices of pale meat, as if already cooked. The man was crying, expressing regret, and he said, “I’ve never done it this way before.” The steer’s head was turned with a sorrowful look on its face.

XXXXX As I have prayed over this dream, my impression is that there are decisions being made, which will “chop up” or separate parts of the nation’s strong system of wealth. Yes, it has been less than strong for some time, but what I mean is, some area of past healthy and strong wealth is being “divided” into parts. This is probably something that has been happening for some time, but for some reason Father is speaking about it or speaking again about it, NOW.

This has been a living, breathing entity that has represented strength and fortitude in this nation. It’s post now surrendered to decisions made, and words spoken over it’s outcome. I wonder if the words of the people (the creative product of who we are) are coming into agreement with decisions made by the opposition? (The meaning of “sawing” is: using a tool or device for cutting, typically a thin blade of metal with a series of sharp teeth.) At times our words have VERY SHARP TEETH.

Are we sure that the financial system of America is what we want to “feed” on today or any day? I believe this is a call to STOP speaking the obvious facts and begin speaking “creatively” over our wealth, resources and financial system. Prophesy to our national wealth! Father will stand behind what you speak. Speak life and breathe again into the dead systems of this world. I believe He is waiting on us! XXXXX

Interesting to note that October 24th is the anniversary of the 1929 Market Crash (Black Thursday) and the 2008 (Bloody Friday) where the world suffered the most decline in stock value in history. There is something here. The UN was also founded on this day (1945) and on an anniversary the corner stone of the UN Headquarters was laid (1949). The Yom Kippur War ends in 1973. (http://en.wikipedia.org/wiki/Yom_Kippur_War)

One of the interns also heard Joshua 10:24, which is the story of the five Amorite Kings. Joshua commanded his army to take them out and victory was secured at the cave of Makkedah. (You may want to see the whole chapter for best reference.) I believe that the 5 kings represent the evil strongholds, which are volatile at present. I’m stopping here and will add more later. There is so much information that I could include, but for reason of time, let’s just say that Father is speaking to many of us and we should be declaring. Yes prayer is great, but I feel like our call at present is the prophetic declaration of God’s heart, calling forth the true love of God to be released into the earth to “shift” any distortion.

Part of the battle is Father releasing the “transitional oracles” over the structures of the earth to fulfill His true purposes. Justice often comes from the mouths of the prophets, but they need to be hearing His heart and they must understand that “justice” is a release of LOVE TO ALL PEOPLE and VIOLENT DECLARATION AGAINST THE OPPOSITION.

I’m sorry to just list so much information in this message, but it seemed necessary. Thank you for taking the time to read and release the decrees of Father as a prophetic people, who will destroy injustice over the earth. This is the job of the prophetic! Not to declare what they are seeing in the natural, but to say what they see in the spirit, which is the creative word of the Lord!

No Longer Be Frozen In Past Grief / Part 1

God has been speaking to me about doing research on money and its history of it in this nation. I mean not just the surface understanding of it regarding the market place, how it’s used, obtain etc. He stated to me that unless I study the roots of it I will never obtain the fruit of it. I’m doing an interesting study on it now and I am finding out interesting things on money, when it was printed, how it was printed, how it was moved and the meaning of its markings and prints; as well as its use. And how it has evolved over the years. As though it’s s biography on a real person. I believe that this study will be ground breaking and informative of “knowing” money. For we can’t foresee the future of something unless first we understand its past.

He also told me that I must preach the gospel to the institutions speaking their language and not to just people. Thus I seen myself standing in front of a building preaching the gospel to a tall building. I Believe that we must prophecy over our institutes that are the main organs of our nation that they may become healthy again by the regenerating power of the gospel, just as the gospel has regenerated us. A message of hope, love and good tidings. This has confirmed a lot of what God has shown me in my part of this move.

This is so awesome Michael! Thank you for sharing! You will step into the fullness of all that Creator God has made you for. You’ve only begun to scratch the surface. Wow! I can’t wait to see and hear more of what He is doing in you! Blessings!!