Religion: Are You Experiencing Ritual Or Relationship 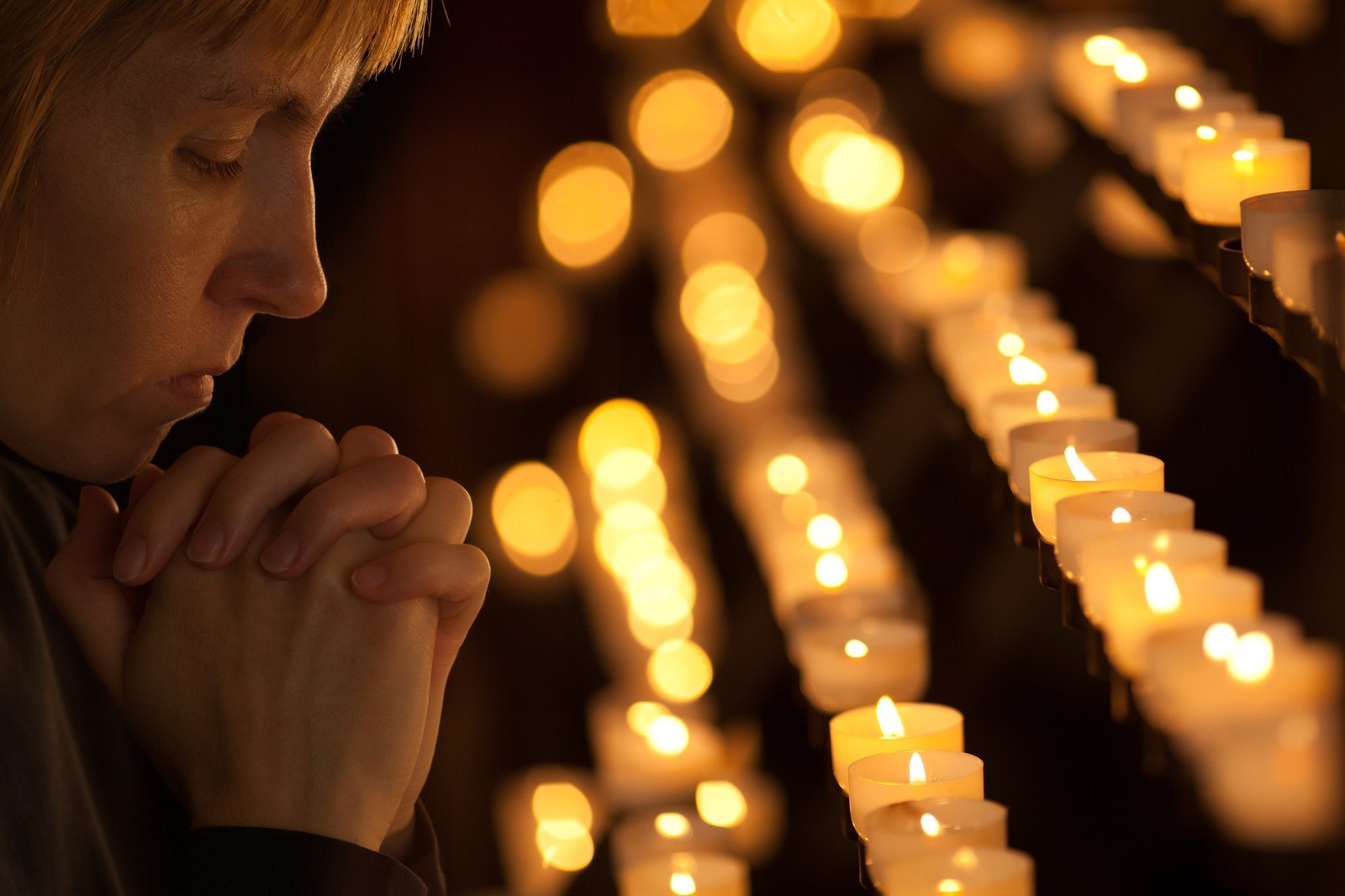 So, what’s all the fuss about religion?! Is it good or bad?

WHAT IS IT?
Fear of deception is what drives a spirit of religion. Fear is yep, you got it, SIN! Religion on the negative side is ritualistic and sometimes abusive. That fear can imprison us and stunt our spiritual growth. I’m not saying that we shouldn’t be diligent or that we shouldn’t have a moral compass. What I’m hoping to say, is that without a true continual and personal connection to God, we are only practicing an imitation of relationship with Him. It is a facsimile thereof, but without any merit or benefit to our spirit man. Oh, it may make you feel warm and fuzzy because you have performed well, but the devil is more into performance than God is. God loves you where you are.

Look at King David, a man after the heart of God. He messed up royally, but his heart’s desire was to be a friend not just a follower, but a true friend of God. God desires our friendship and a deep devotion that allows Him to change what isn’t right in us. This takes not only a strong devotion, but a complete trust that He is a good God, whether we get our way or not. Uh oh, am I stepping on some toes, here? I know that I’m feeling it myself. We have all been there. If you claim that you haven’t, I would venture that you should repent for any lies you’ve believed.

THE SINNER’S PRAYER, DOES NOT A BELIEVER MAKE:
We are often more comfortable with our formulas than with the transforming power of a living God. We would rather feel that we can impact the world for Christ with a quick formula than to cultivate true relationship with Him or with those He loves. In my culture, many believed that if we were able to lead individuals through the sinner’s prayer of salvation, that they were magically saved from an eternal fire. I have grown to understand that “a sinner’s prayer, does not a believer make.” To my limited knowledge, the prayer of salvation as we know it is not even biblical.

HISTORICAL EXAMPLES:
Many men and women in history have been bright examples for the modern day church, but are we missing the point? John Wesley’s followers followed what he did, rather than who he was and two generations later, we had methodists. Not a group of devoted relational humans in love with Jesus, but rather those who followed the letter and formula perfectly. (By the way, I am not referring here to the Methodist denomination, so pull your panties out of that wad and settle down. I am simply making a point.) Have we joined the ranks of the superstitious, becoming judges of those who believe deeply what we perceive to be deception? Have we ourselves walked into the same lifeless existence as what we so proudly judge? Think about it.

AN INVITATION:
I think God must be regularly and consistently, inviting each of us to come into greater understanding and agreement with deeper, higher and broader layers of His Being. I believe that we only know Him to the extent that our doctrine and theology allows. If He is made up of so many dimensions, then how can we know Him relative to so limited an understanding of His whole? It would seem that there is a huge void in the modern churches’ comprehension of an omnipotent, omnipresent and omniscient God.

THE BIBLE SAYS:
We have been taught that any and all of His attributes are written in and described in the Bible. Yet the Bible itself says that all the works of Jesus and so this could be said of God; could not be contained in the annals of the earth. We proudly adhere to the concept that we know all there is to know about a God who envisioned, conceived, designed and executed the construction of a galaxy full of life and breath. Do we really know Him in His fullness? Isn’t there a chance that there are elements of His character that He still desires to share with us? Maybe even elements that are strange to us? I know that it’s true for me.

HUMANISM:
I am learning that I must lay down some beliefs that I have long adhered to based on tradition, but not necessarily truth. These are some of the things God is calling me to do. Relinquish every “need to know,” every “need to control” His plans and every “need to limit” Him in any way. Our “need to know” is a form of idolatry. Limiting the God of the Universe is humanism. Humanism is any system or mode of thought or action in which human interests, values, and dignity predominate. This sounds very much like my life at times. What about you?

REPRESENTING GOD ON BEHALF OF HIS ACTIONS:
Our need to explain for God, His rationale for His actions is idolatry and self serving. A sovereign God does not need an argument for His cause. He does not need representation, though He certainly uses it when co-laboring with mankind. I am always amazed that He would care to work with me. I am more apt to make a mess than to be of any help. Yet, it is His aspiration to have me involved in His work. What a vote of confidence! He has faith in me, who knew?!

If God is the truth, if He has indeed created all things, then He does not need any man’s defense on His behalf. When we attempt to defend Him, could it be that we are simply looking to cover our own erred beliefs? He is so much more than what we perceive or in many instances, what we’ve been taught about Him. Mankind is learning to explore more of who He truly is. We mustn’t be afraid to “know” Him.

WHAT BENEFIT, YOU ASK:
What benefit do we derive from justifying Him? For myself, I think it was a sense of security that relieved me of my own deficiencies; while at the same time, giving me a false sense of security in my self-reliance. If I don’t believe that God is big, I mean really BIG, then I can justify not leaning into Him as my complete source of life. Right?

What happens when we try to explain away an untimely death or great turmoil or natural disaster? We sometimes give ill-founded impressions of who God is, based upon our own limited reasoning. Those we process with, may embrace the same invalid perceptions. In the past, I have been so concerned about being deceived about God that I was completely deceived about His true character. Can you relate?

THE GOD OF THE UNIVERSE:
The God of the Universe loves you unconditionally and without any limit! He is also NOT our genie in a bottle. He is GOD. I know that there have been times when I was bossing God around, thinking that I was standing in faith, declaring what I felt that I “knew” to be His will. Don’t get me wrong. We are absolutely to stand in our spiritual authority. However, if we don’t take the time to get His heart on the issue, aren’t we operating in our own knowledge?

He does not always ask you to run into a battle with tongue blazing and your sword in the air. If He is our counselor and we know that He is, then shouldn’t we get His counsel on everything? The Spirit of God desires to counsel us on every arising situation, if we give Him the opportunity.

GET HIS HEART/BE SPIRIT LED
There may be times when you are to cast a demon out, but there may also be many times when a demon is not the issue. We must have His heart and mind in our action and responses. This is part of the Spirit led life. I believe this is how we will succeed in bringing healing, freedom, redemption and even salvation. Above all, we must be Spirit led. Jesus was our example when He said that He only did what He saw The Father do. We must be directed by His heart alone.

He desires that we lean hard into Him, hearing His heartbeat and His thoughts. You see, God is not an advocate of equations and formula. He is not a methodist. We must listen for fresh revelation every time we need wisdom. There will never be a time when we know so much of His inclination, that we should react without His direction. Get His heart in everything! Move fearlessly fo